Check out a few stills from Tommy Le‘s 1989 Toyota MR2 in Downtown Houston.  A very short, but fun shoot late at night.  Read about the video shoot theme HERE. 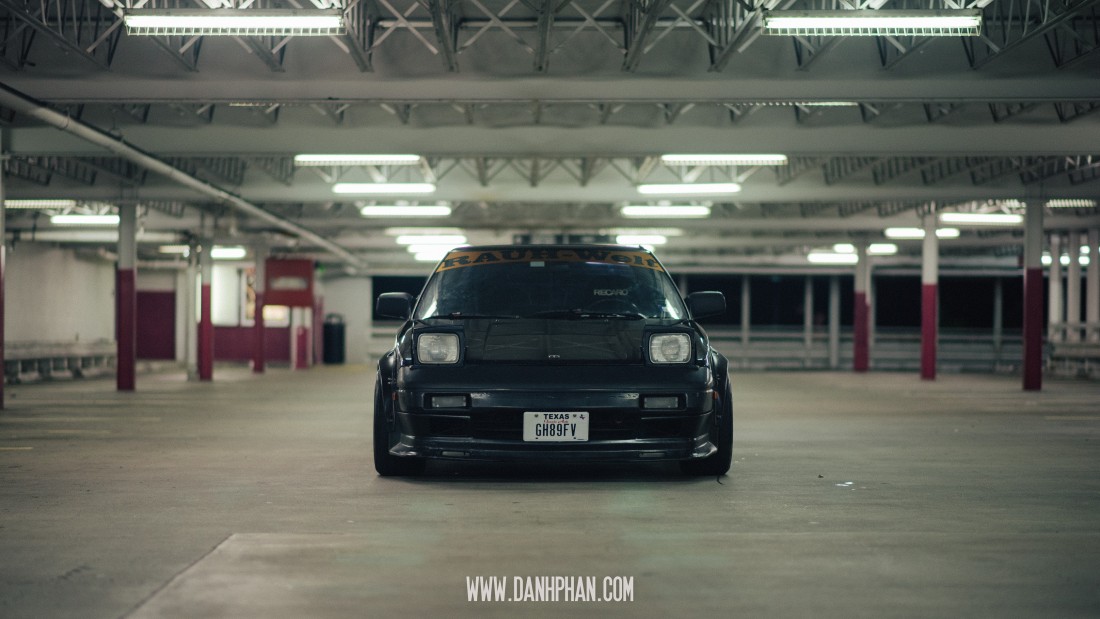 Tommy Le’s Toyota MR2 sits at a perfect height – not too low and not too high.

A little background on Tommy’s MR2…..

DTP:  “Whoa, so accurate.”
TL:  “Haha.  Yeah, it’s an important date to me.  It’s my first car!  My parents bought the car for me, but I slowly paid them back after 3 full years of working.” 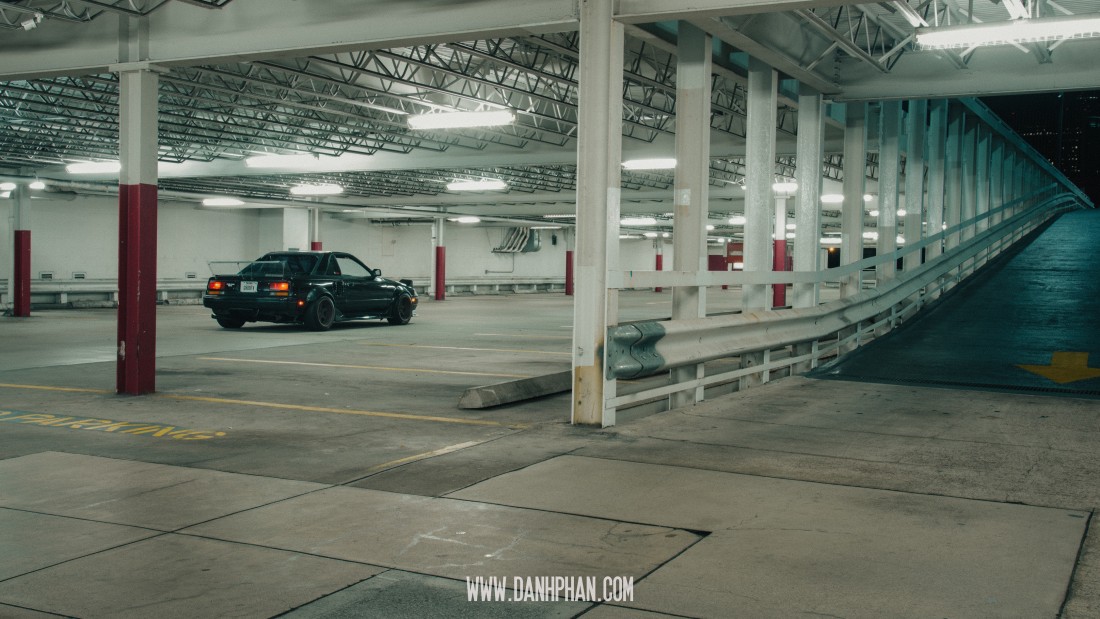 After the video shoot,  we found a parking garage in mid town to shoot at.  It was around 1AM on a weekday, so most places were quiet and vacant.

DTP:  “What’s your list of modifications like?”
TL:  “The motor is pretty much a stock 4AGE with custom exhaust system.  Exterior is dressed up with Toysport Airdam, Masterpiece side splitters, RE-Amemiya replica diffuser, and a custom made wing that is adjustable.  The fenders are wider thanks to ZG fender flares for Z’s.  Wheel and suspension combo is TE37V’s paired with Ground Control coilovers with Tokico adjustable shocks.  The interior consists of Recaro Pole Position seats with 5 pt harness for occasional autocross events.” 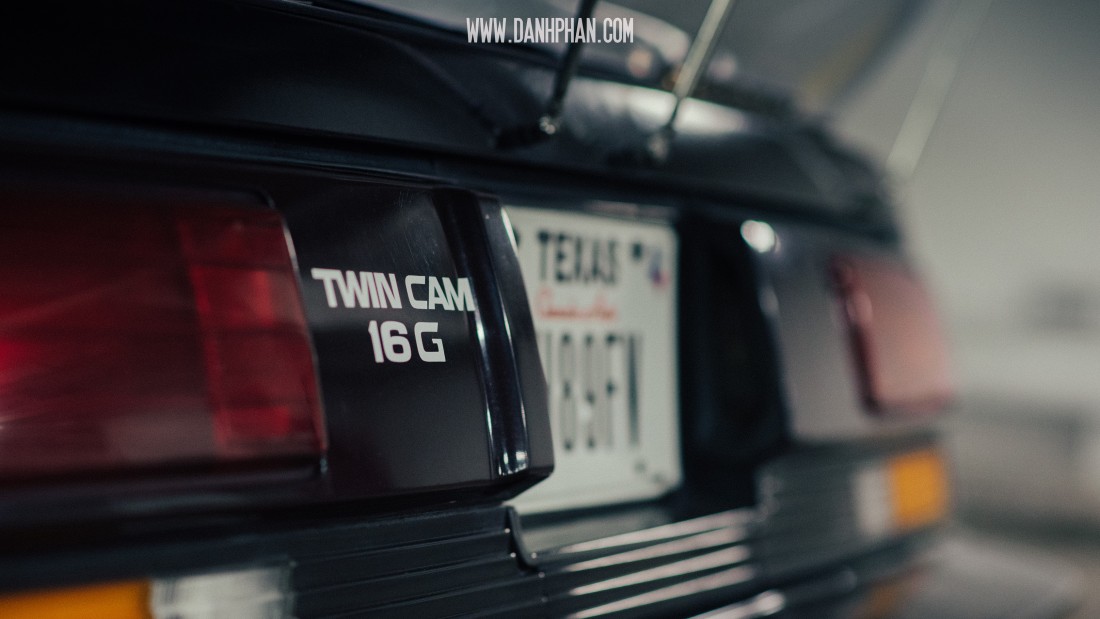 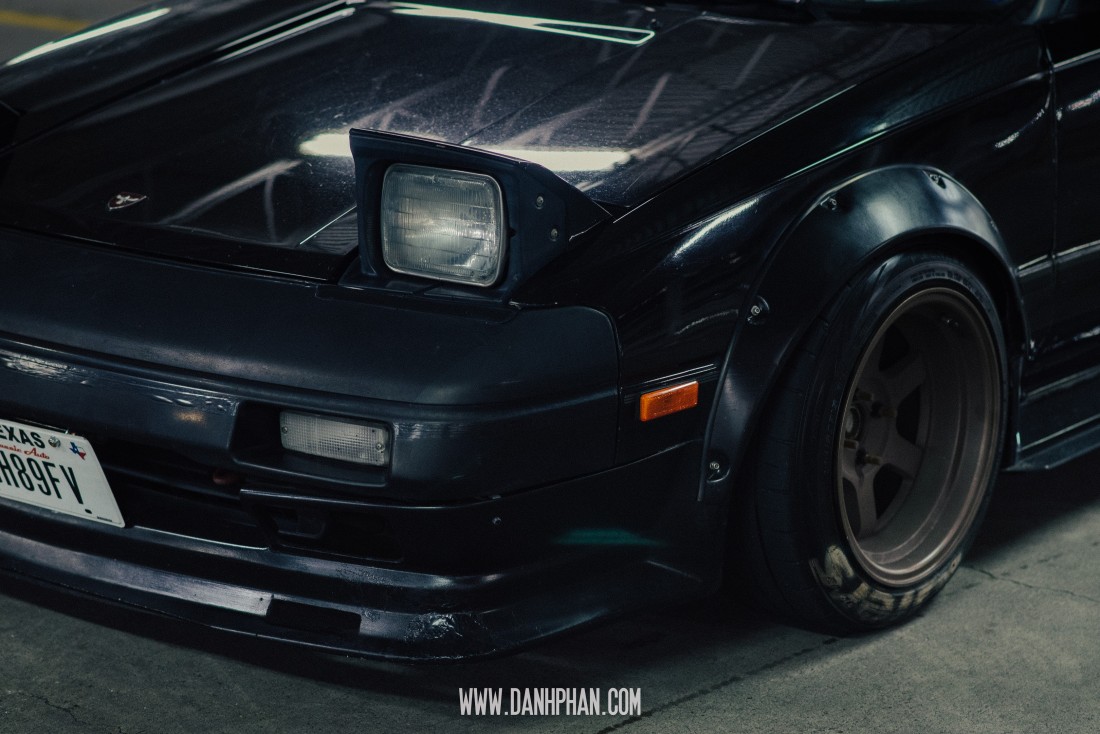 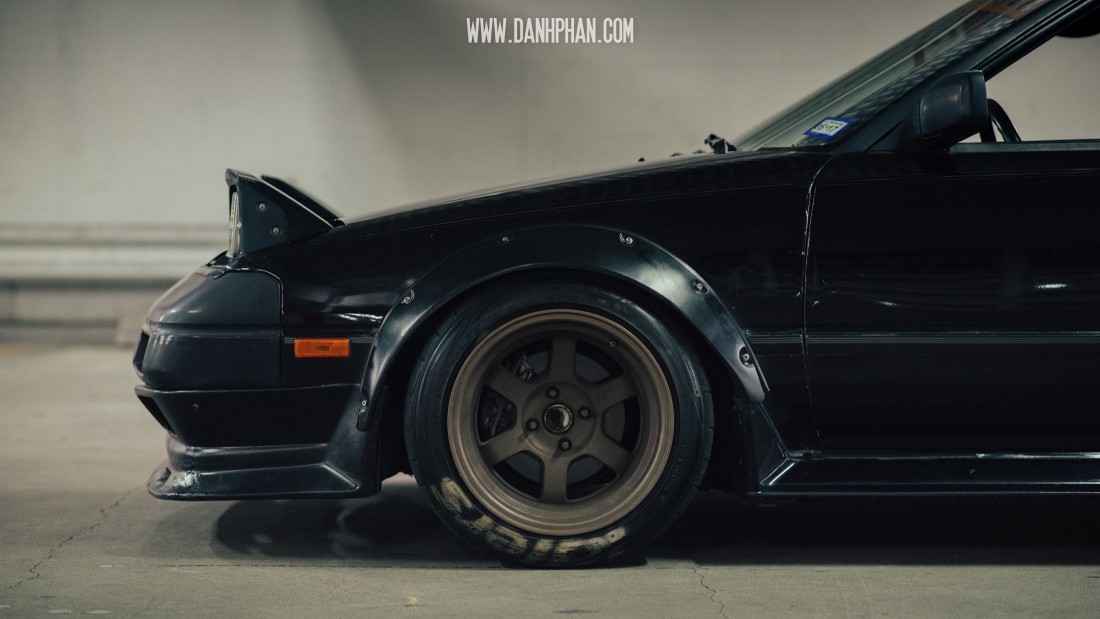 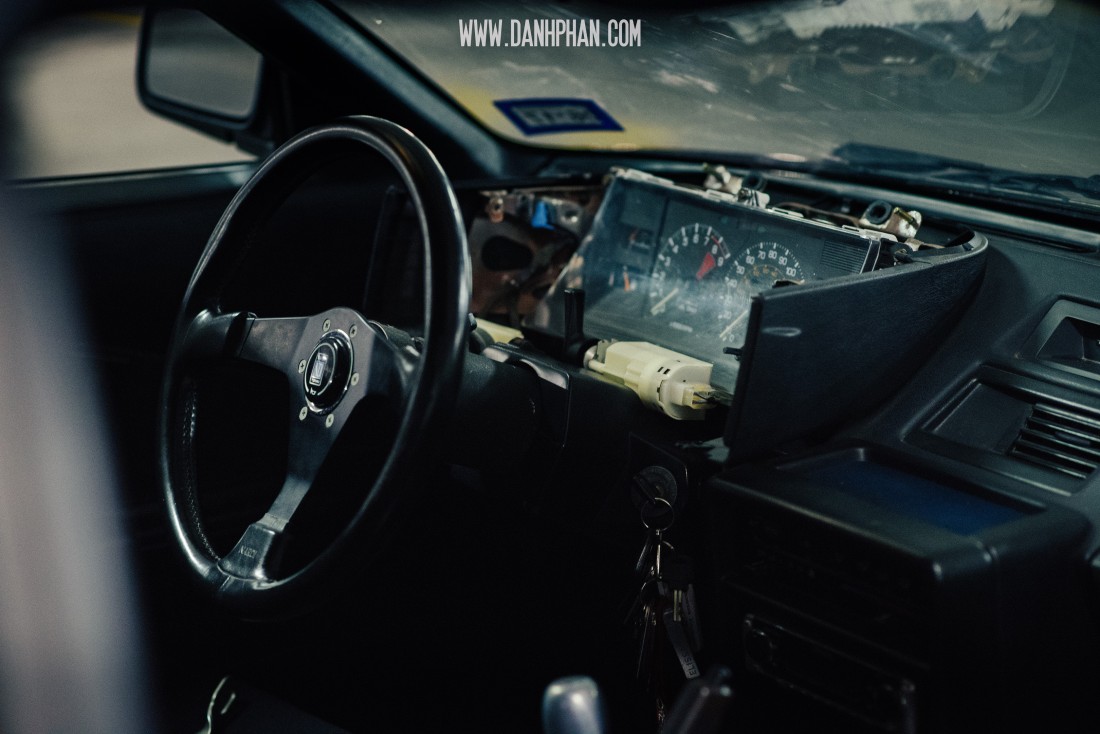 I believe Tommy said his dash was taken off because he was working on fixing a part.  I know this feel. 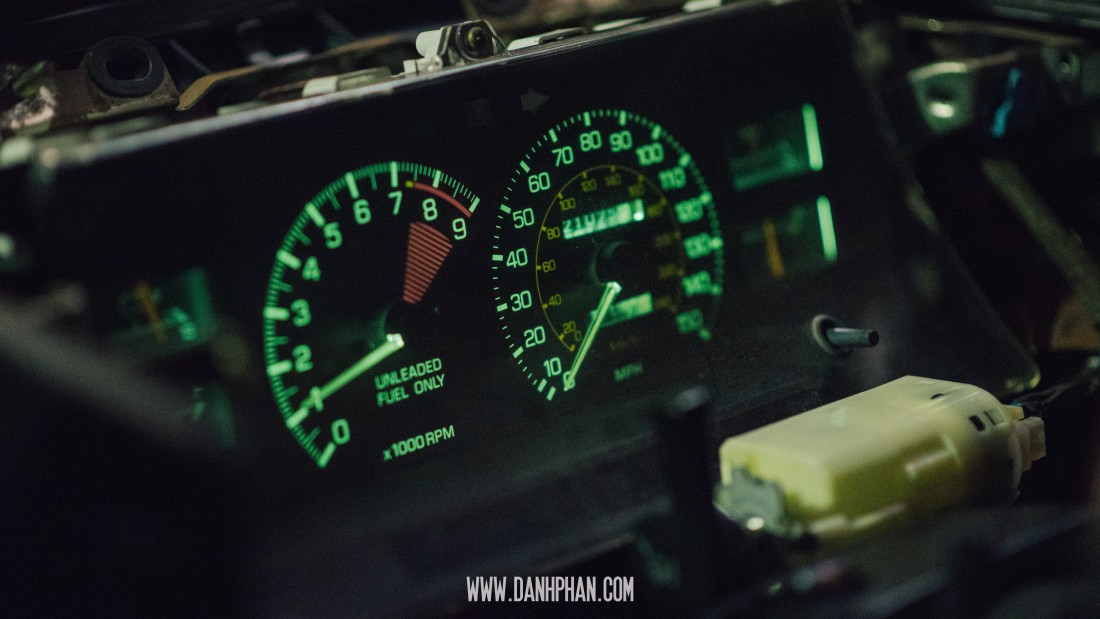 Yup, definitely a cluster from the 80’s. 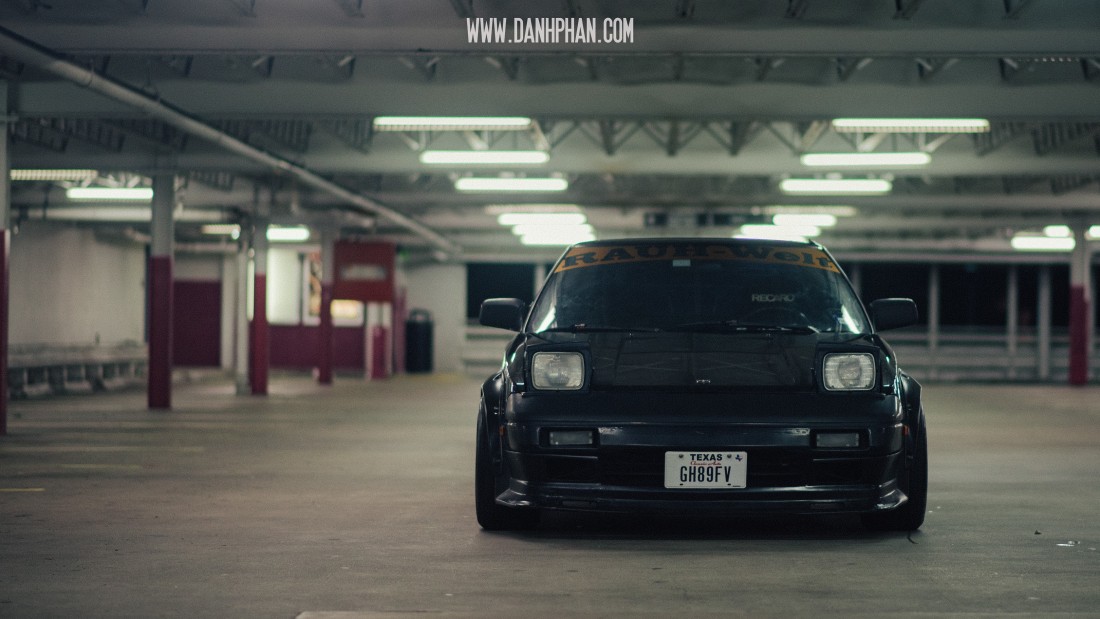 I think Nakai-san and Nojima-san would approve of Tommy’s build. 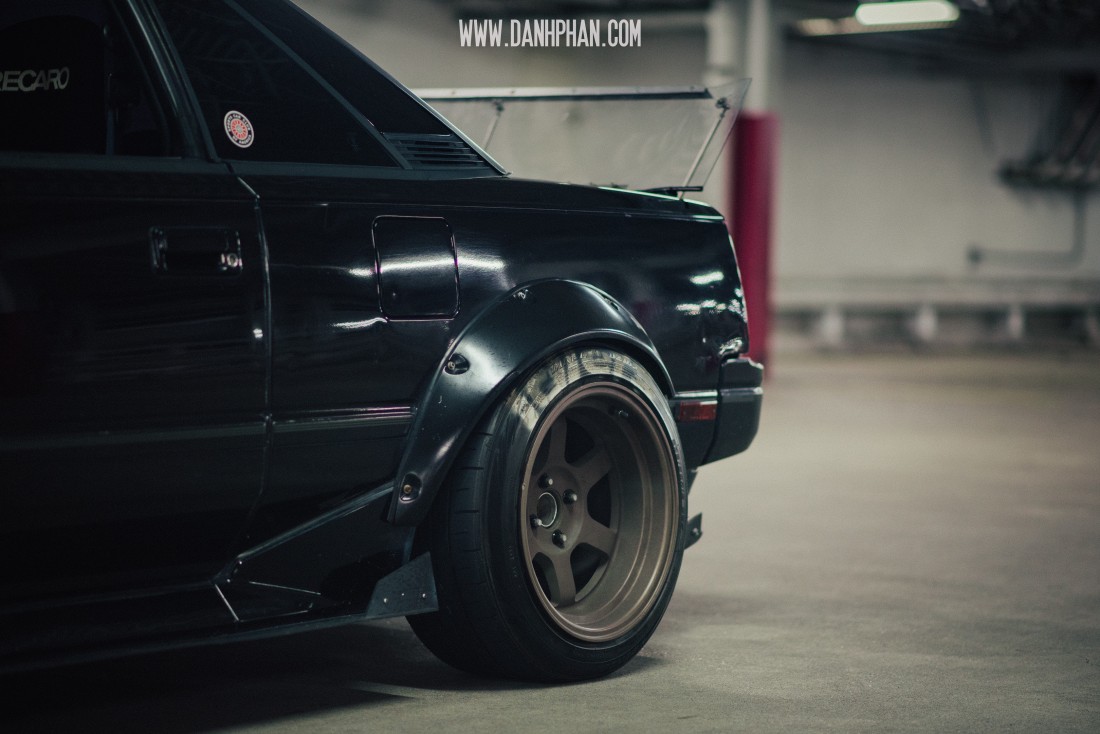 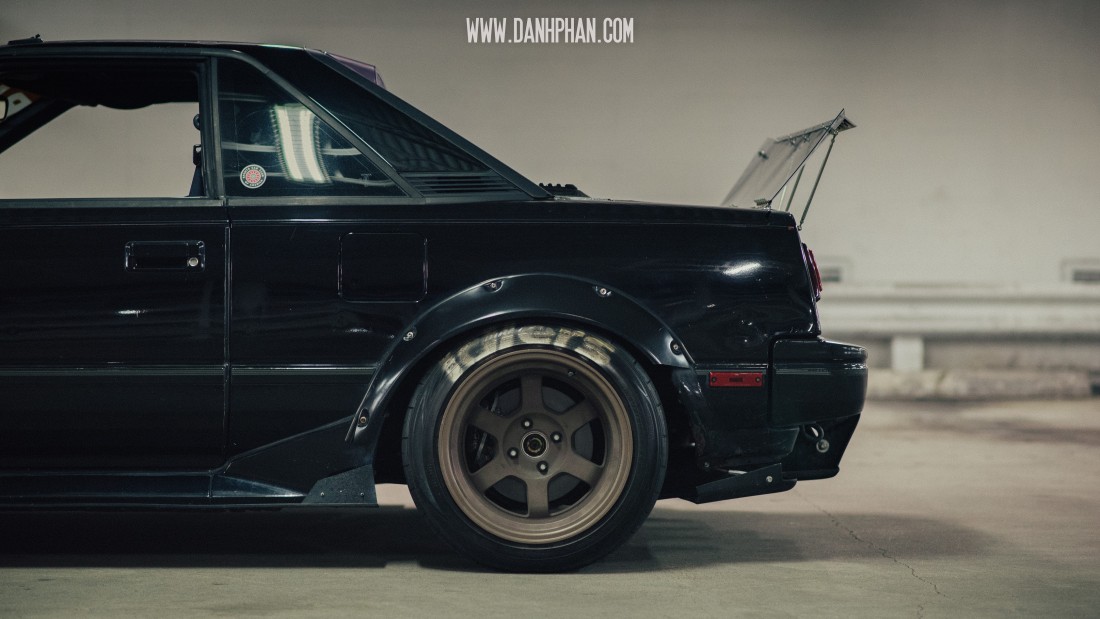 Here you can see the Master mind side splitter and RE Amemiya replica diffuser. 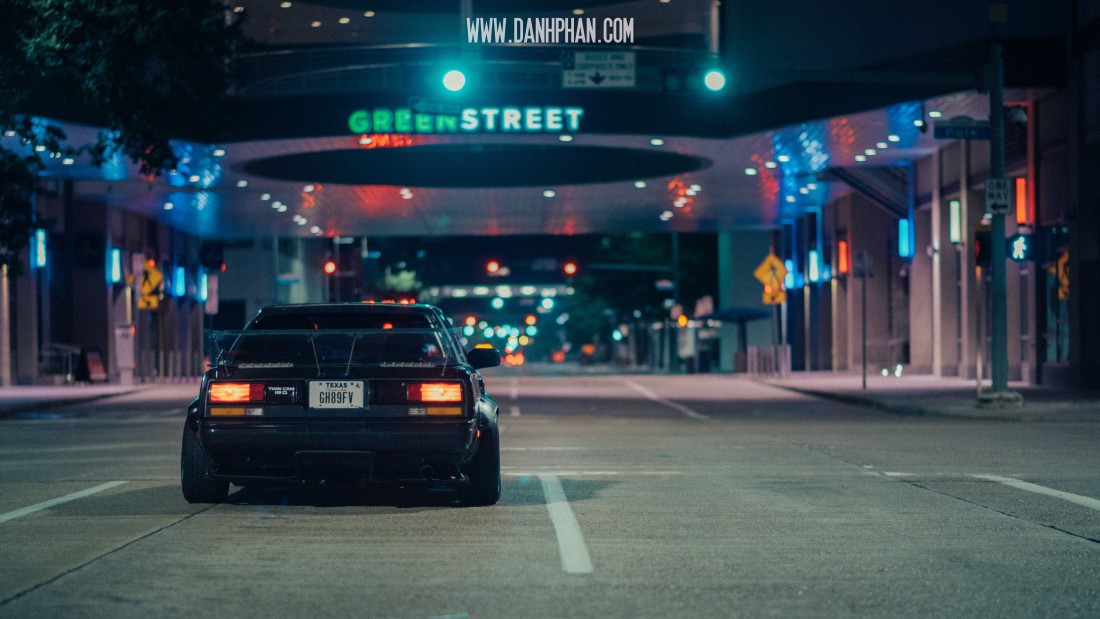 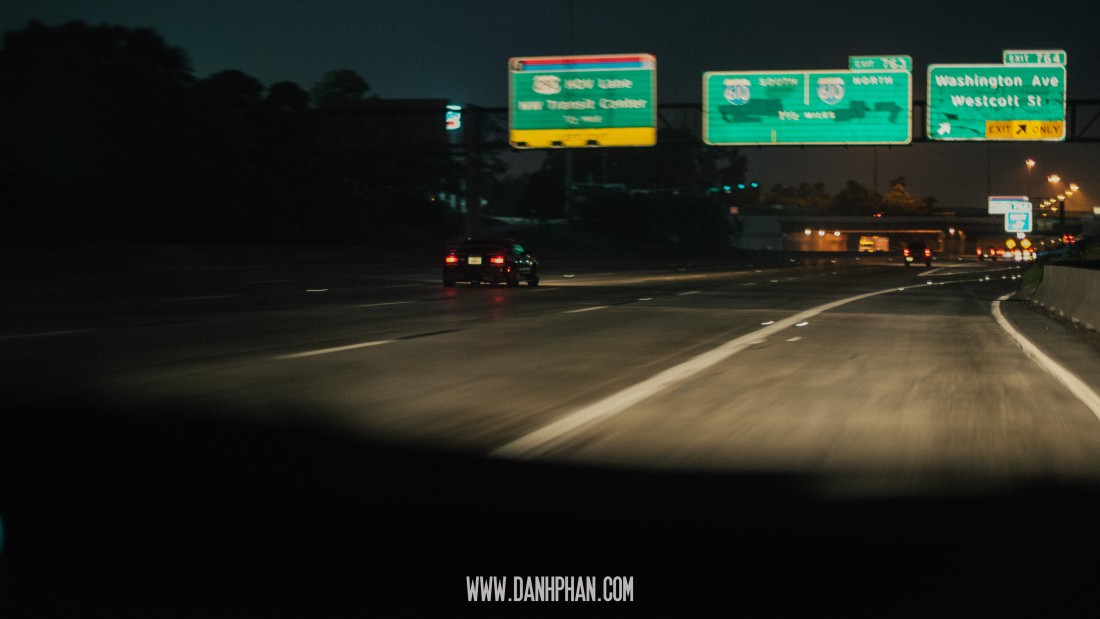 Off he goes into the darkness.

Thanks for the read or quick skim of the post.  I’ll have more back posts coming later in the week so check back.