Since our trip happened to be on the same weekend as 86FEST, we stopped by to check it out.  Part 3 will pretty much be FRS, AE86, and automotive stuff related so you can go to the next post or check it out!

It’s Day 5, or 8/6 Saturday, of our trip and our game plan was to check out Antonio Alvendia‘s show, 86FEST, and then head up to Angeles Crest for photos.  If the name Antonio Alvendia sounds familiar then you’ve probably heard of the West coast blog, @Motormavens.  We met through the big blog boom in late 2012 when everyone (Mayday Garage, Speedhunters, Stanceworks, Motormavens, etc.) was at their peak.  Getting a chance to catch up with him at the show was nice because he’s a popular and busy guy.

Why me and 2.1% others are interested in slow rust buckets is beyond comprehension…

Henry and I woke up late again to start our day, but we didn’t really have anything scheduled, so we stopped by Huge Tree Pastry for some Taiwanese breakfast.  No bueno because they were closed for a week or whatever.  The next best thing was to grab some pastries nearby at Kee Wah Bakery.  The pastry game in California almost reminds me of Japan.  We brought our foods back to JZ’s place, ate, and headed out to 86FEST.

By the time we got to 86FEST, it was 95F+ degrees, and with the show being in a concrete parking lot, it felt even hotter.  Lots of things were going on at the festival so I didn’t get to see everything.

Glad to see there were cars other than AE86, FRS, and BRZ’s out there.

TRD Toyota truck towing a Levin Coupe as we walked to the show area.  I’m familiar with this scene. 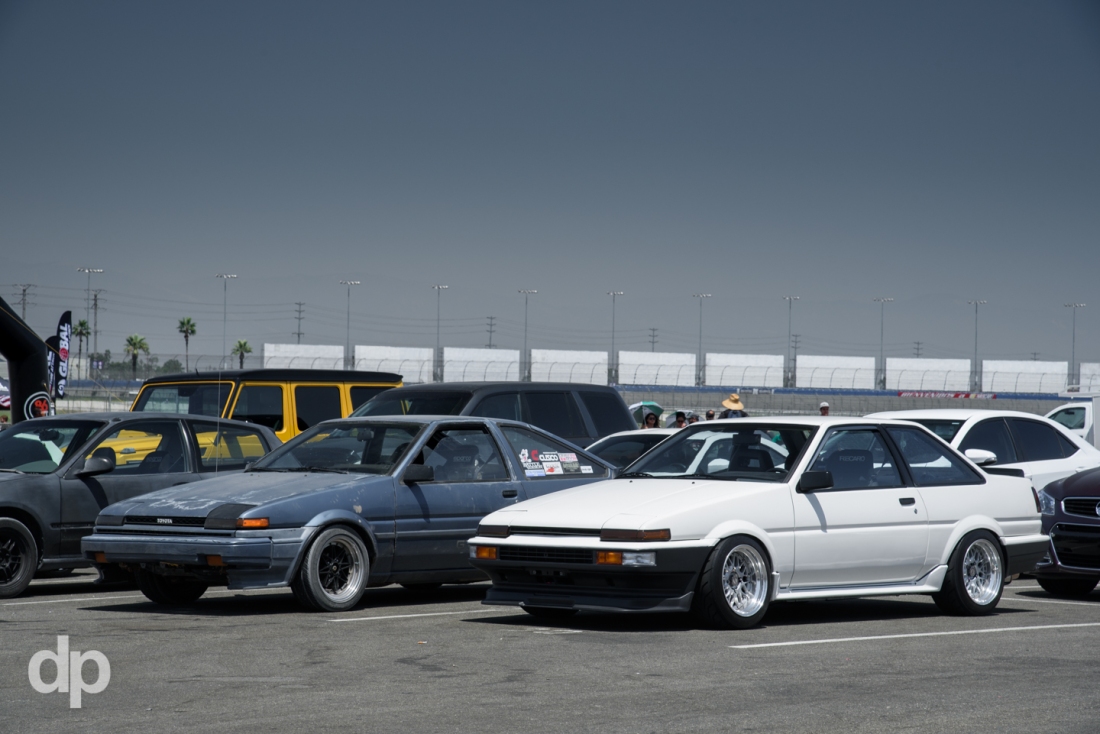 More AE86’s in the spectators lot of the festival. 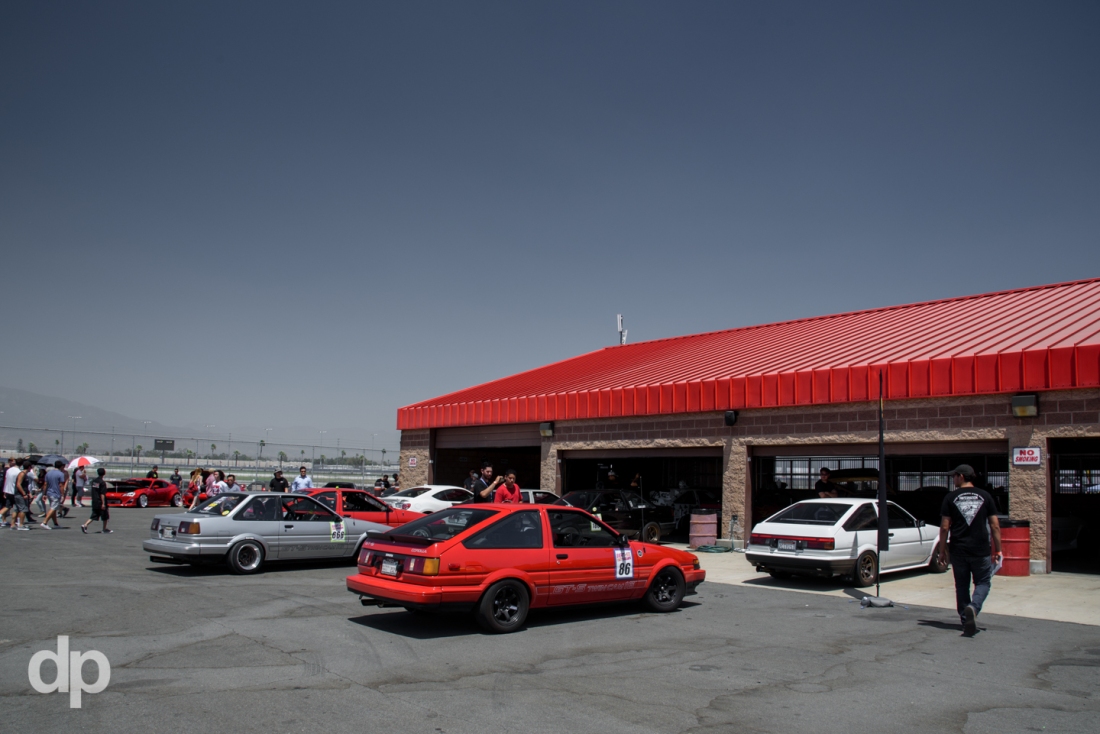 First thing you notice as you walk in is the pit area.  Hachiroku for days…

86Fest wasn’t just a show.  The event itself had a autocross and trackday open for anyone.   The strings on the fender of this GTR R35 tells me they were doing some aero testing. 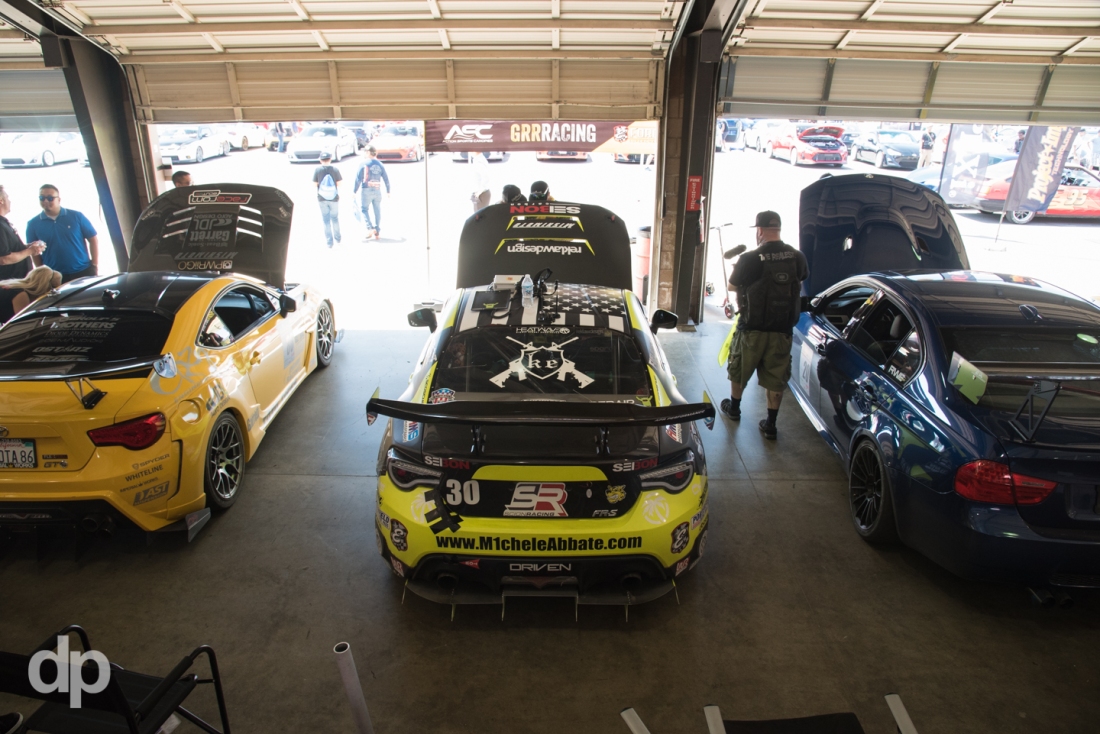 A rear view of Michele Abbate‘s Scion Racing FRS in the garage pits.  Her FRS participated in the Global Time Attack (GTA) track event and took 2nd place in the Limited RWD class.

Pretty nice walk thru area of the pits to see what everyone’s up to. 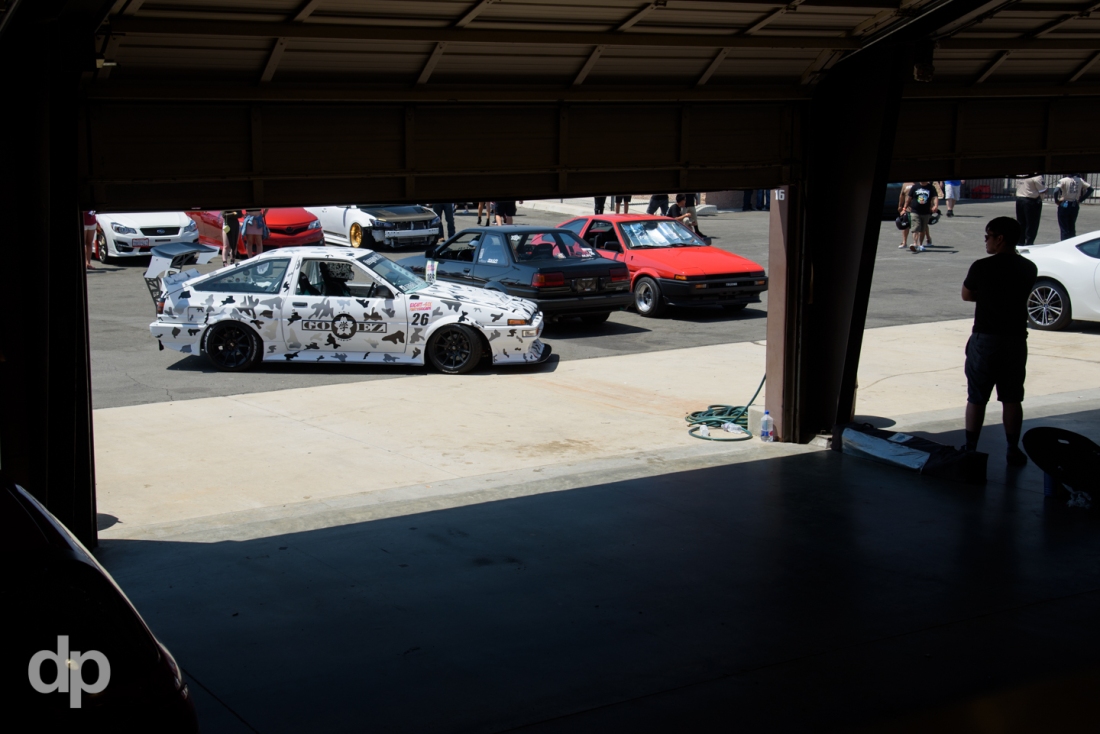 A couple of hachirokus (camo schemed hatchback belongs to @mesh_on_my_rolla) leaving the pits to either autocross or time attack. 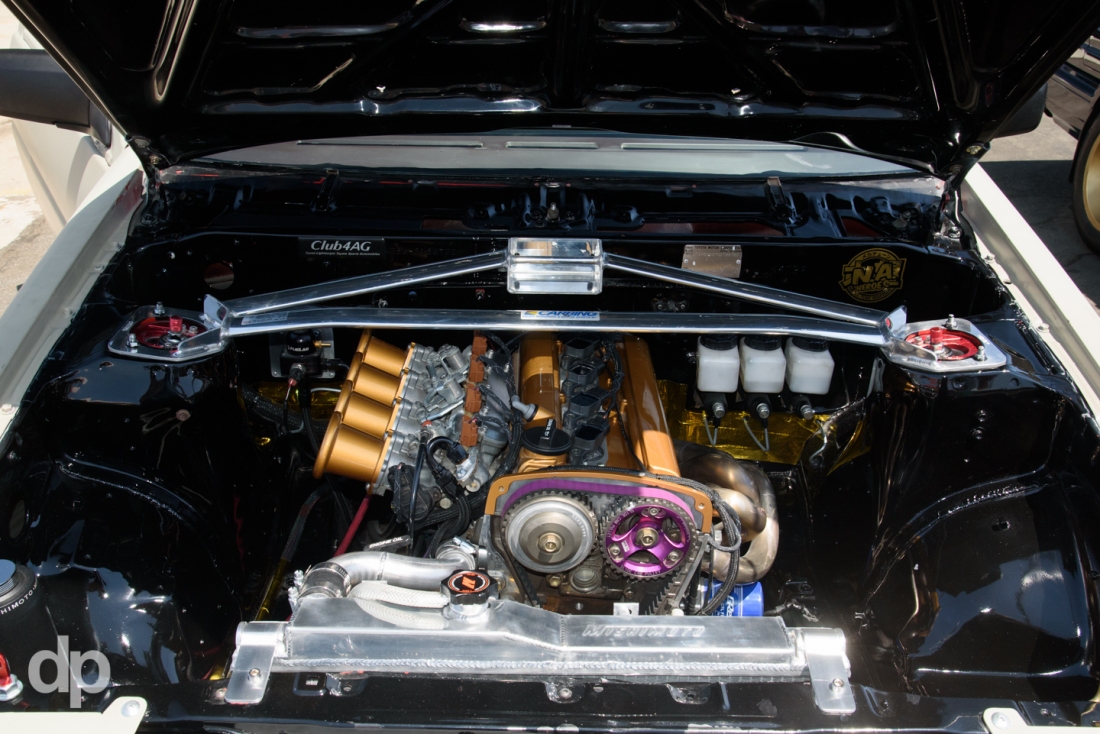 Hatchback and coupes hardparking together in peace.

Another classic AE86 set up on some Wats. 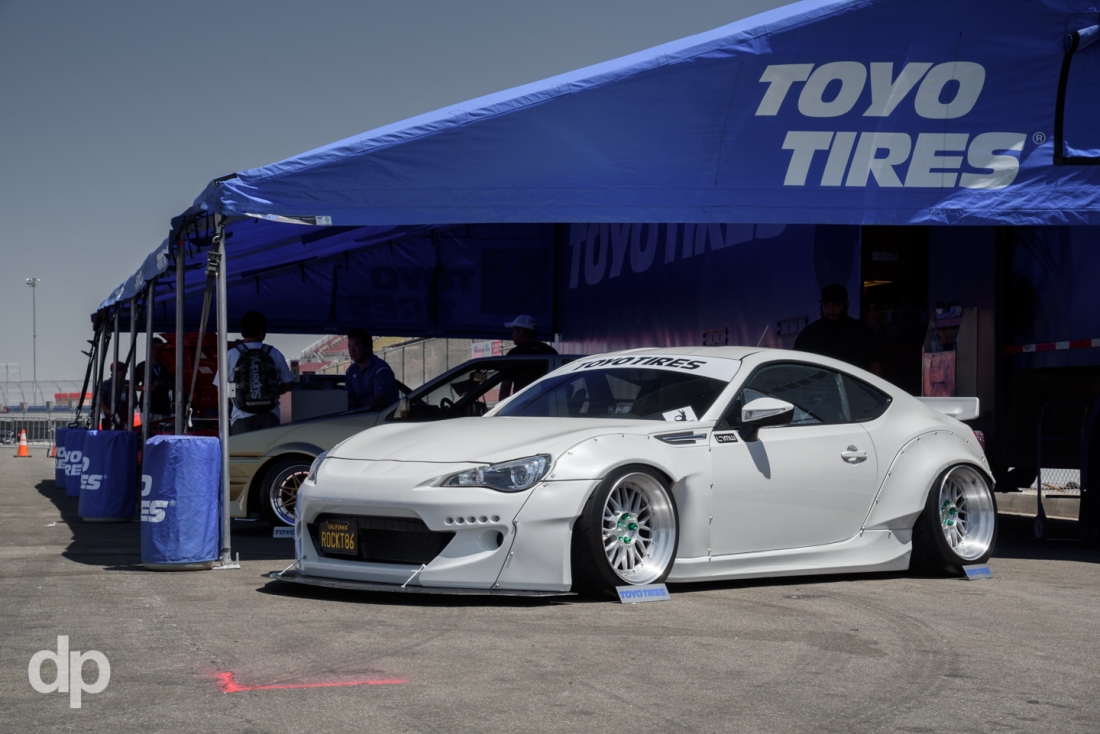 @ToyoTires usually have heavy hitters at their booth like this LTMW built Rocketbunny V2 BRZ.

I’ve been to lots of automotive events in California and have never seen or heard of this car… guess I’m not a big AE86 fan as I thought.

It belongs to Allen David Lugue of @RunFreeAE86.  It was originally silver which is probably why I didn’t recognize it before. 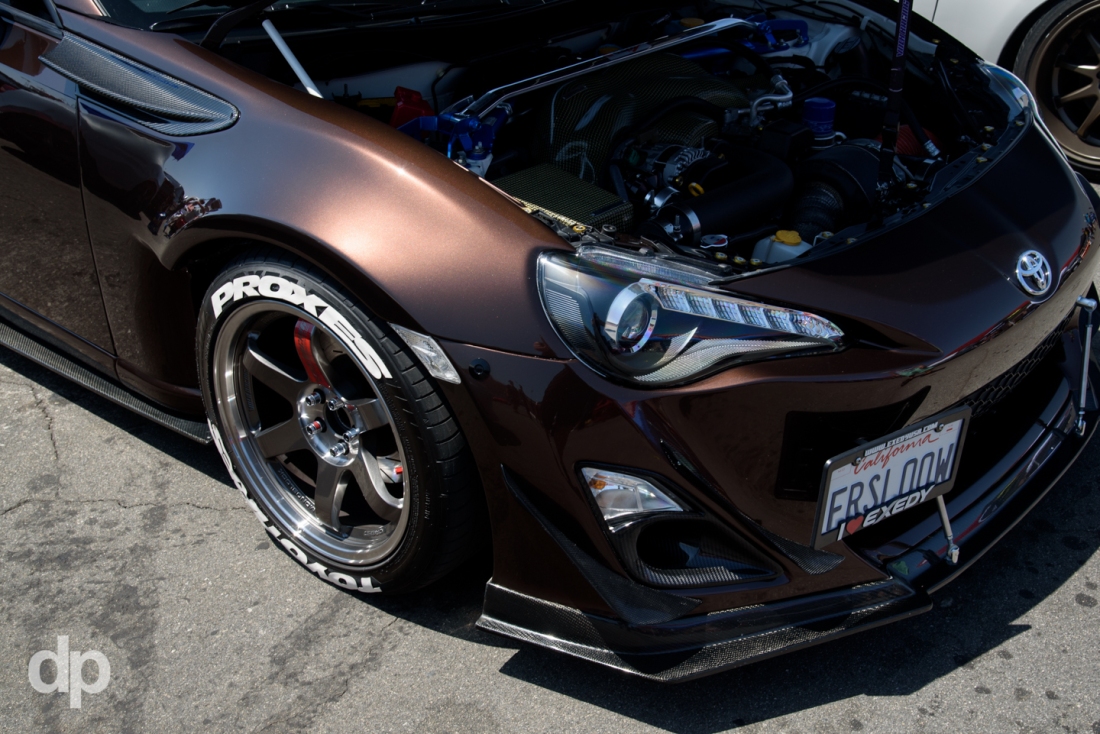 I only took a few photos of FRS/BRZ’s since they almost all look the same minus the small accessory details.  I liked this one because of the root beer colored paint. TE37SL’s are also nice too. 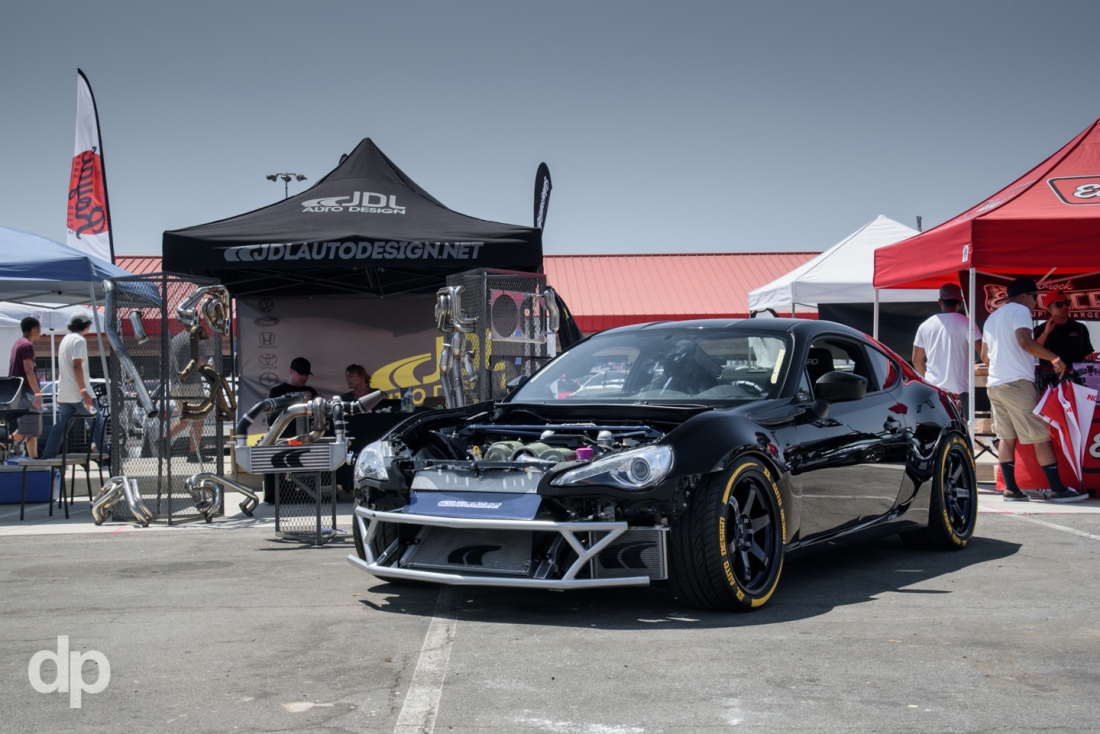 JDL Auto Design booth and their bumperless FRS on TE37SL’s. 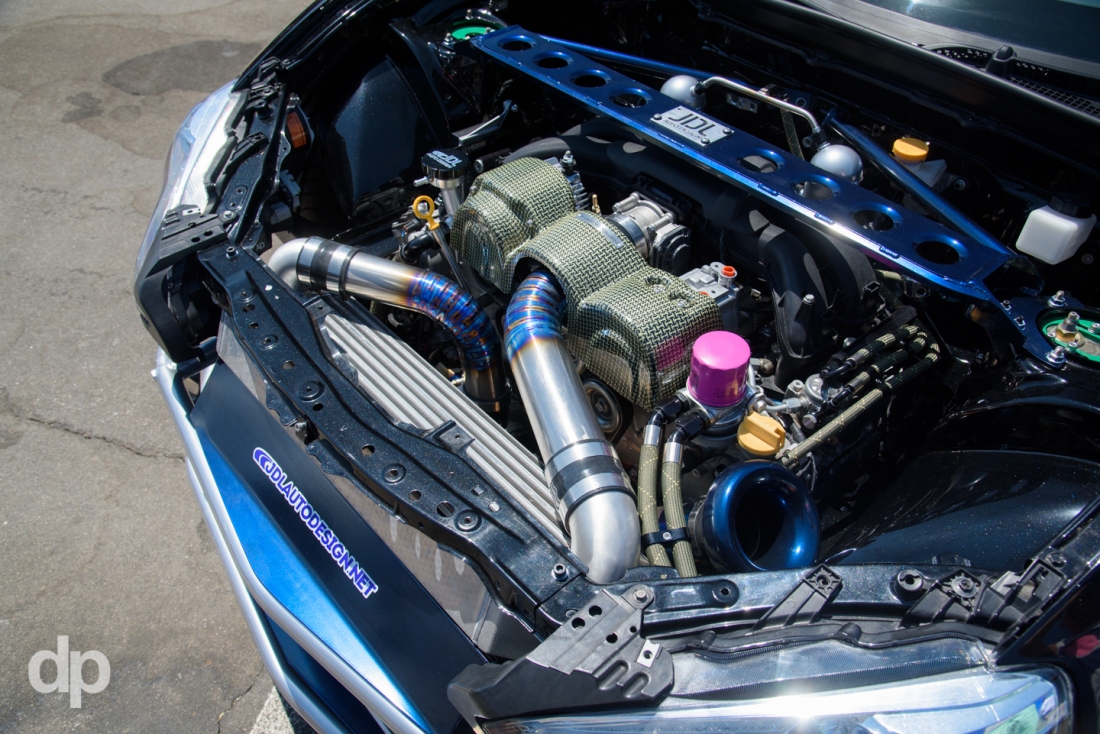 JDL Auto Design all the things. 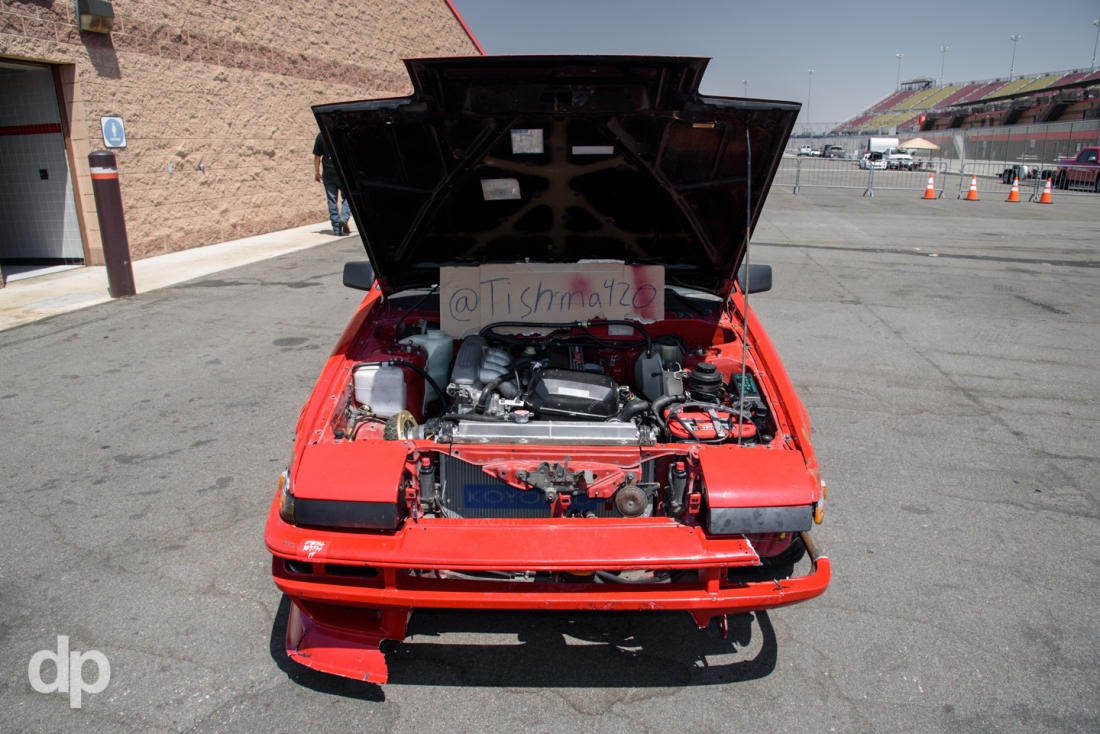 Dylan‘s beams swapped AE86 looks like he had a little accident. Thanks for making it easy for me to find you on IG though. 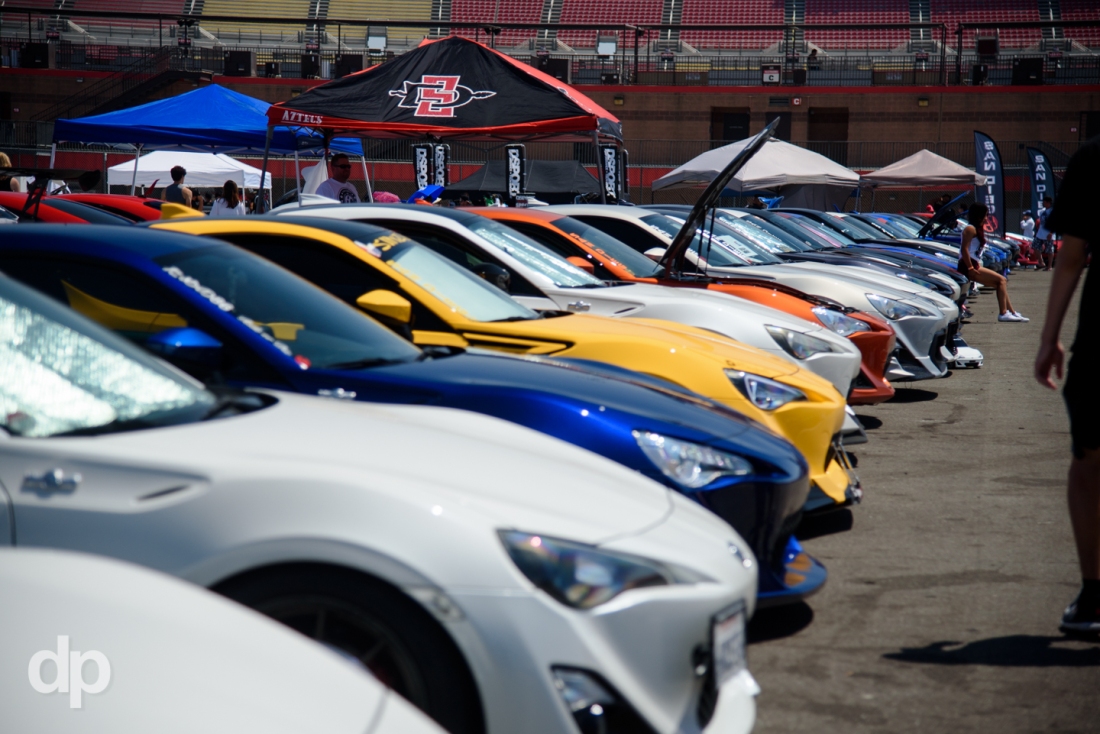 After walking around in the 100F+ degree heat, we took a break short from all the FRS’s and hid ourselves in the shaded area. 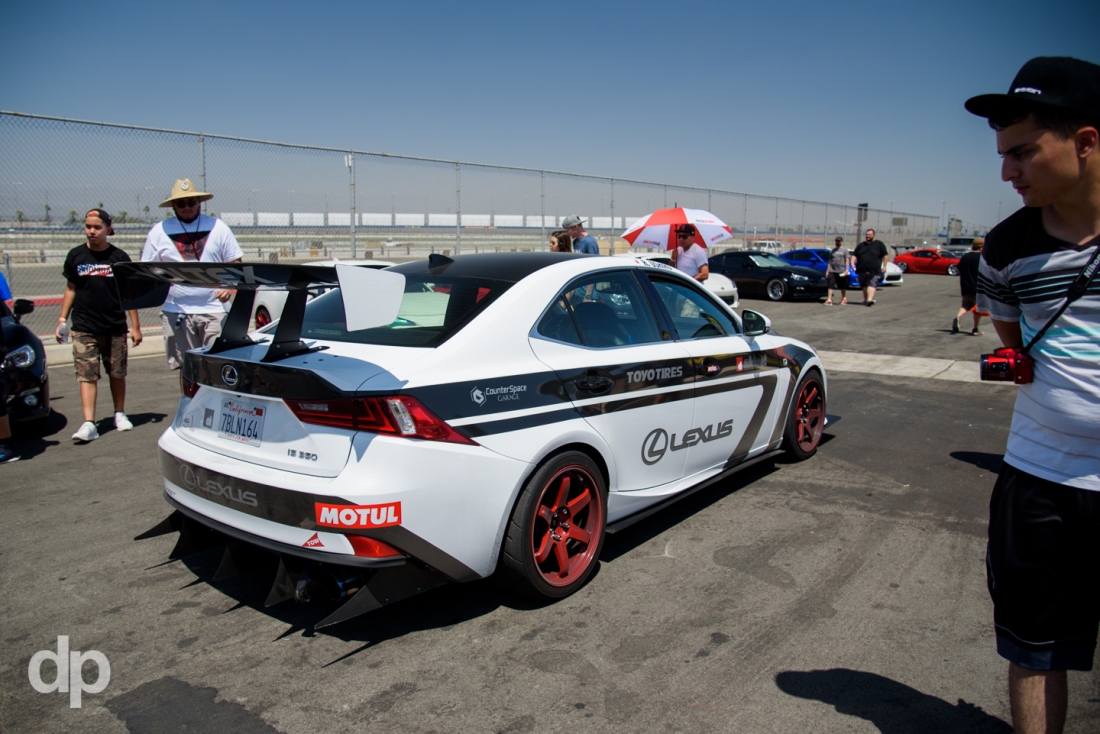 Definitely a head turning Lexus IS350 rolling through 86Fest from Global Time Attack. 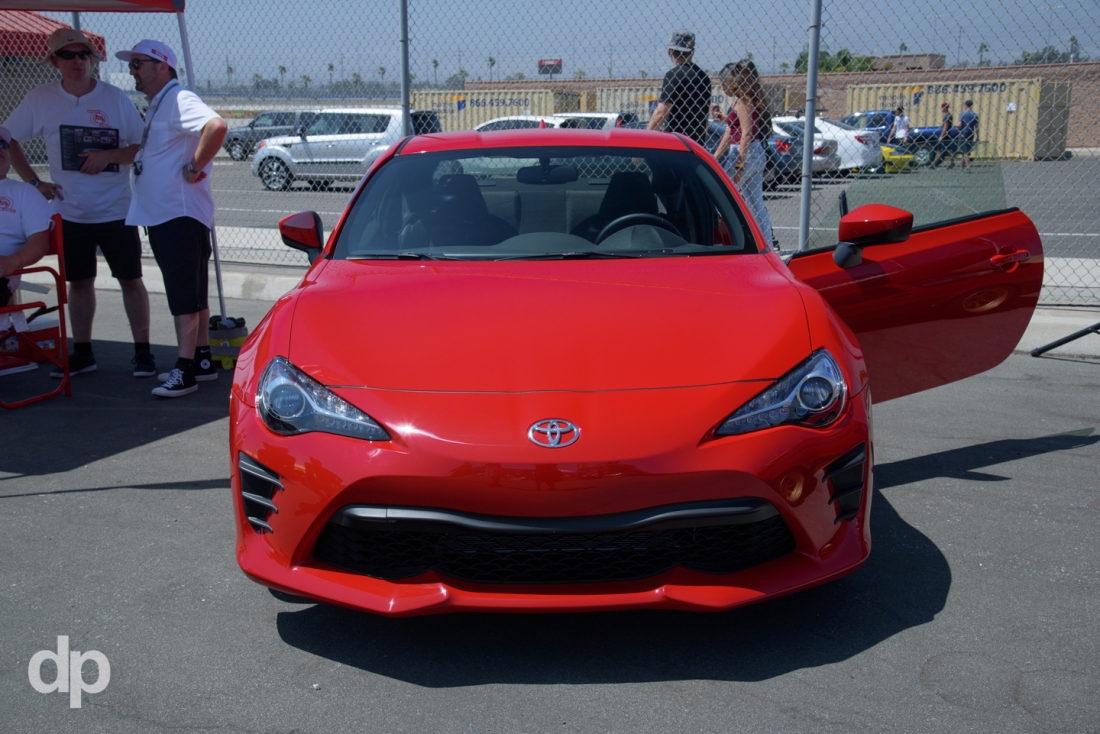 I’ve heard of this guy, Deven Hitchens, drawing cars at shows, so it was pretty cool to see him in action. 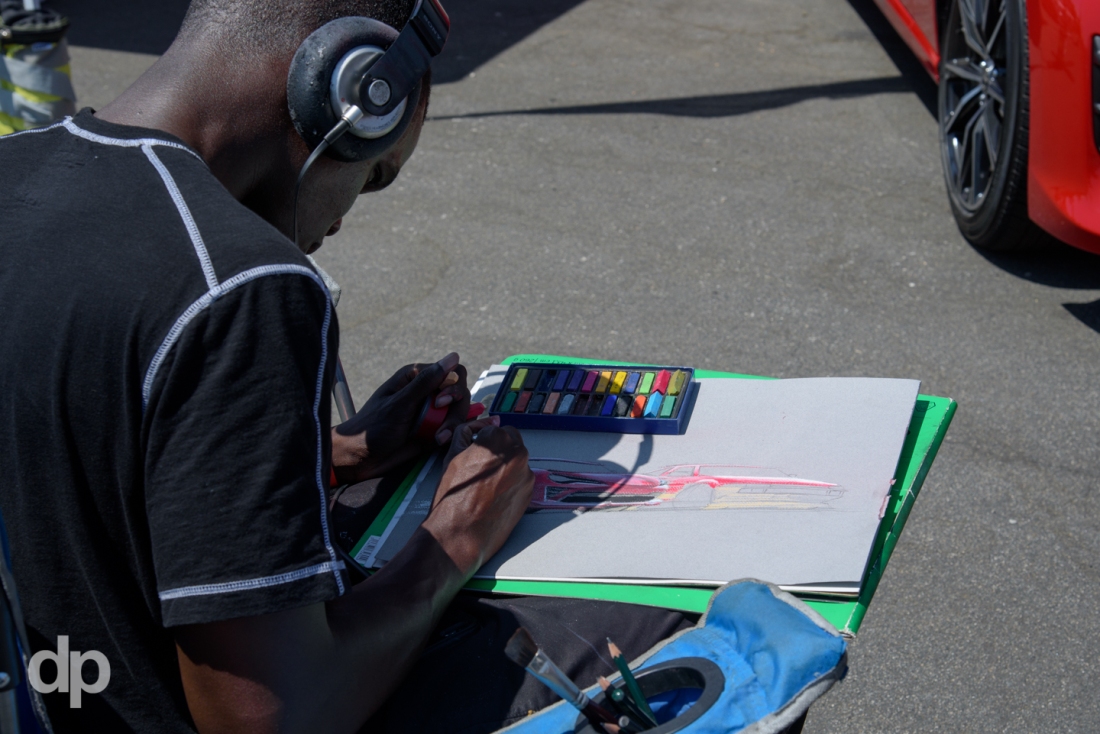 Check out the final outcome HERE.

Right next to the 2017 Toyota 86 was Antonio’s personal Cipher Garage AE86 on gold Watanabes.   Antonio has been in the AE86 game before it became a popular platform.

Another build by LTMW paired with Rotiform wheels and Airlift Performance system. 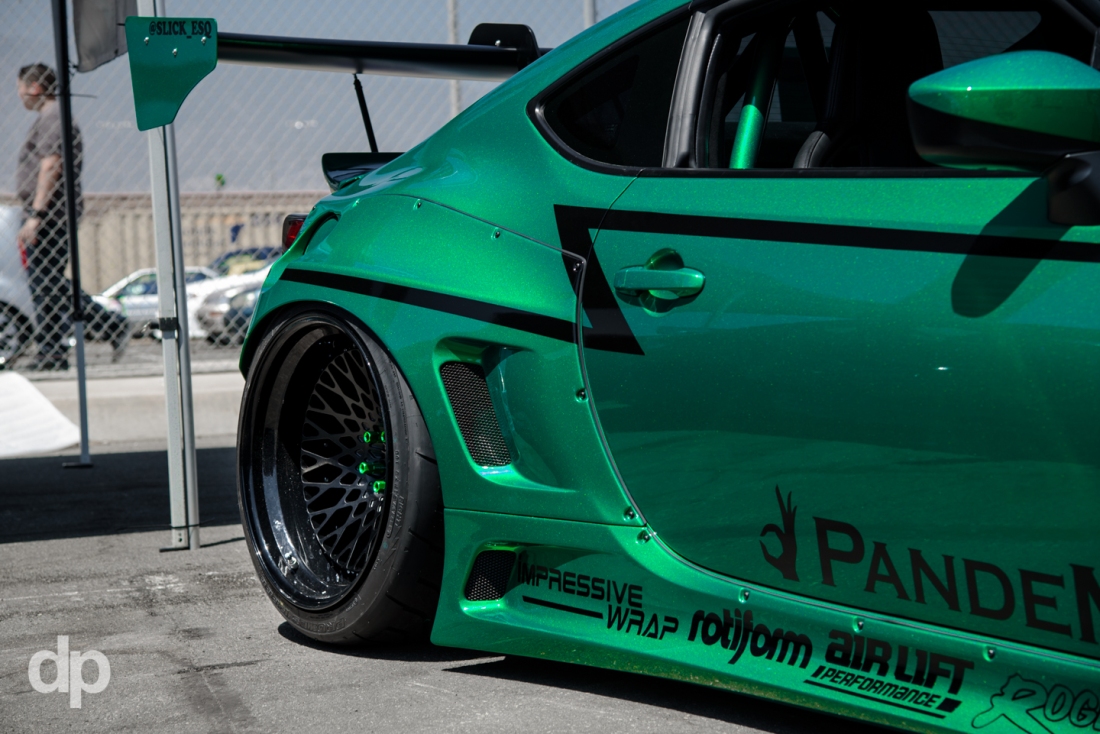 You can find more details of this build on Jesus Torres Instagram page.

The Airlift Performance booth showed off all versions of the Rocketbunny kits. The progression looks good in my opinion. 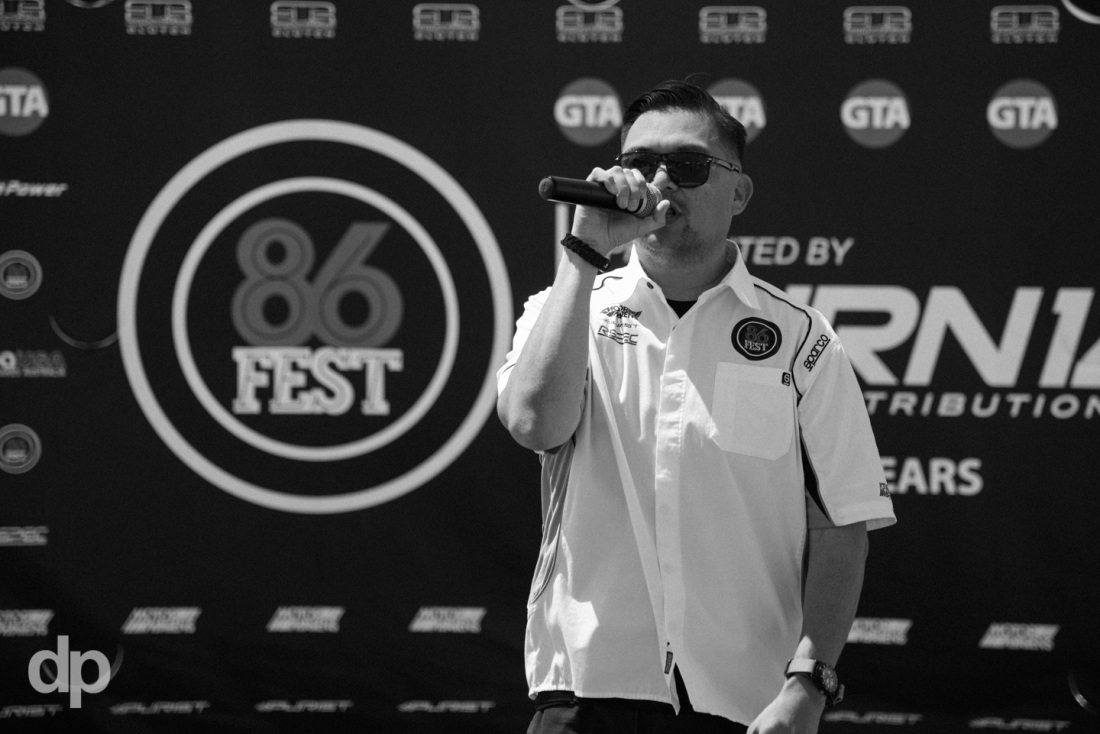 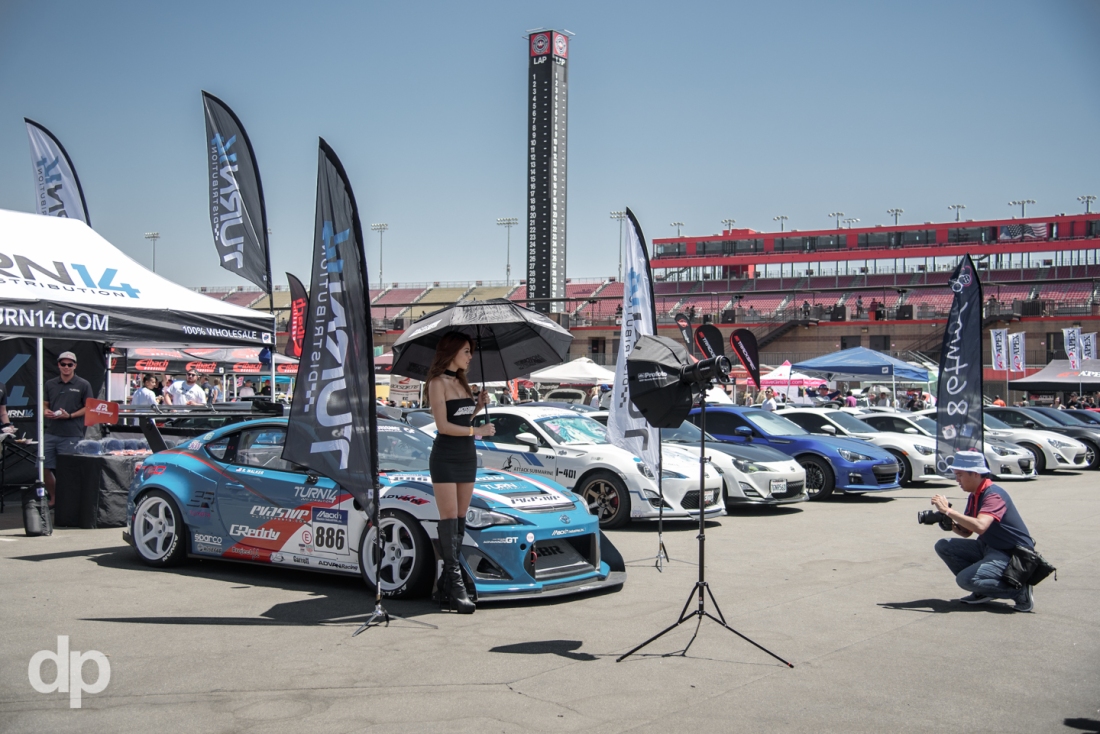 You can find a more in depth feature of the Mackin Industries 86 by Frontstreet Media here.

Walking past the FRS show case area, I found these panda themed 86’s.  The panda Trueno would probably sell for a good penny just because of the paint scheme regardless of the condition.  Initial D tax kills the 86 market sadly.

Smooth looking over fenders on the Works Motorsports built BRZ.

Shout out to Michael Duong repping @Houston86 club at the event. This guy drove all the way to California alone. 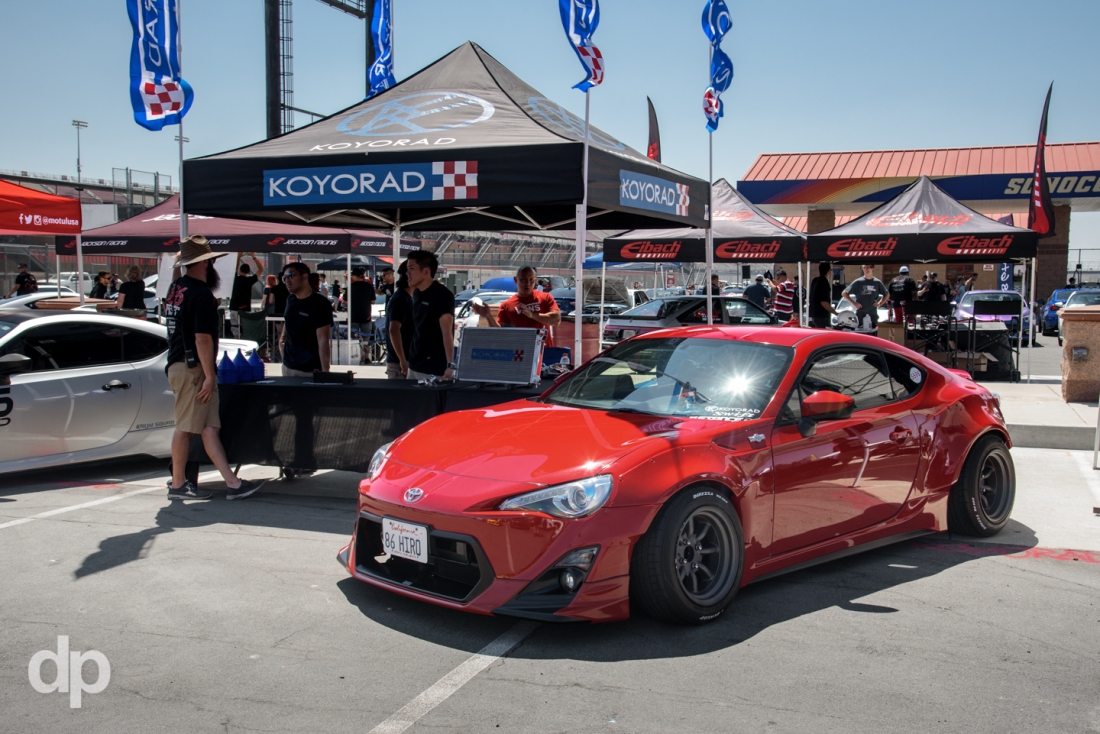 White FRS with RS 1.0 kit on BBS LM’s. Not a bad looking setup.  Also check out the chick in lingerie.

I got a chance to visit the Auto Tuned guys and caught up with Young Tea.  Rides are always looking nice with those awesome parts.

These wheels were pretty baller when I was in the BMW game. BBS RS’s look good on almost everything. 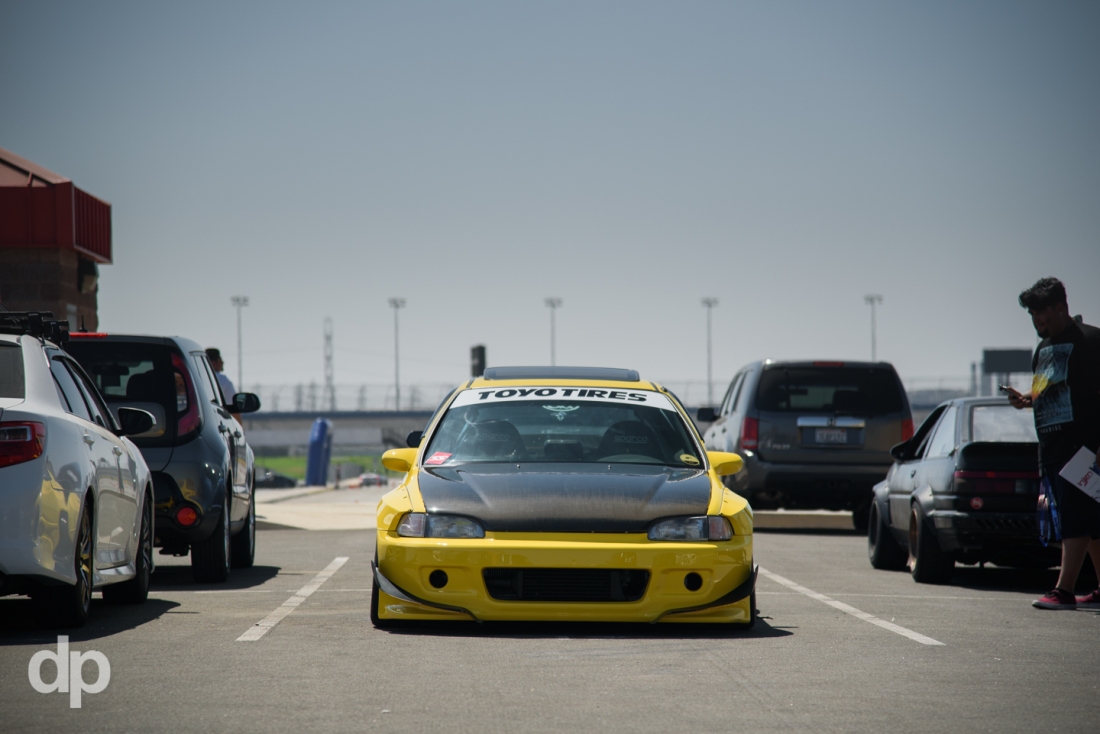 Turns out it was the new Pandem kit for the Civic EG. 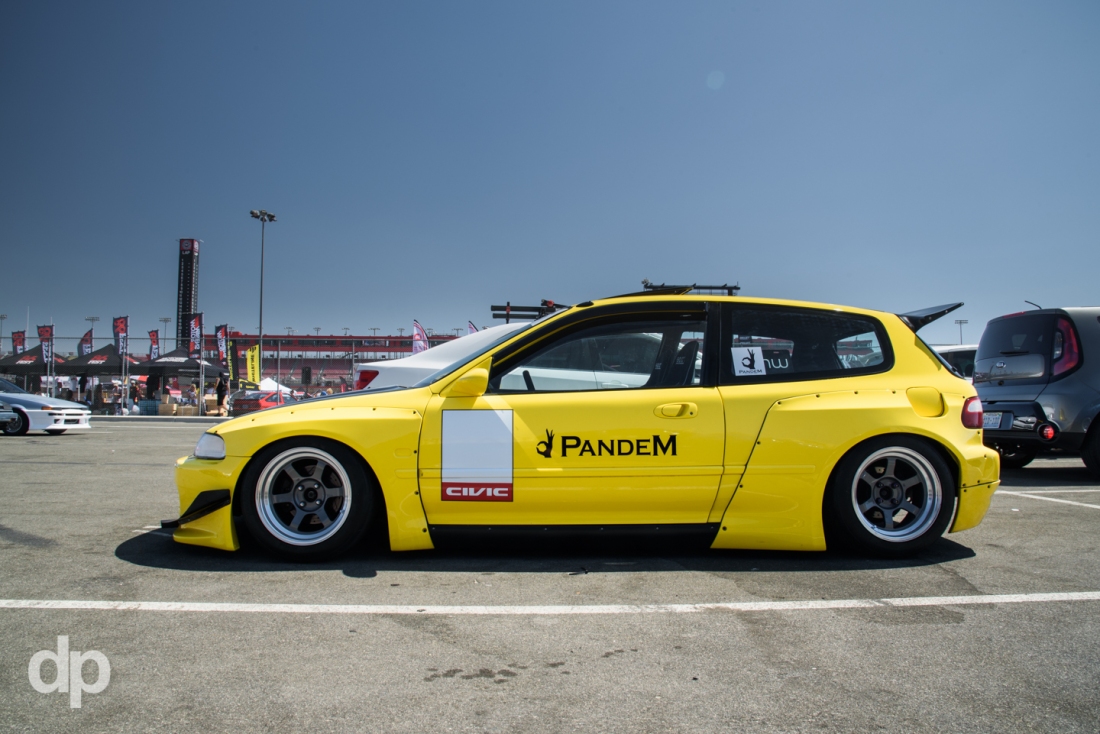 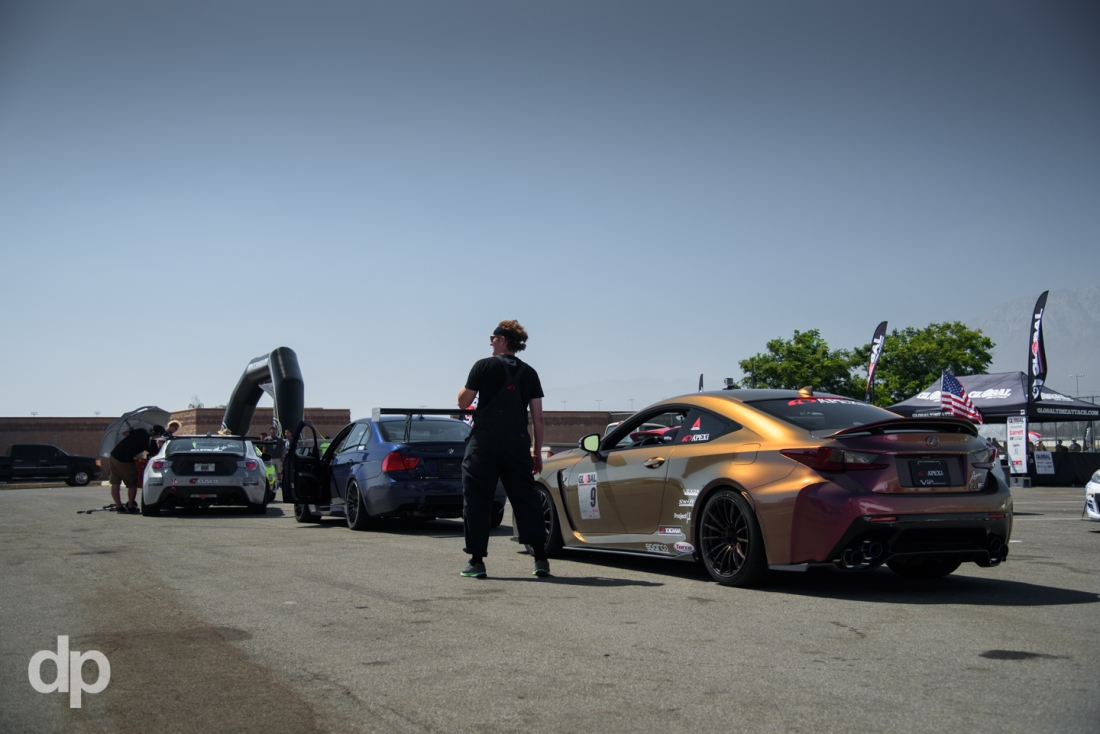 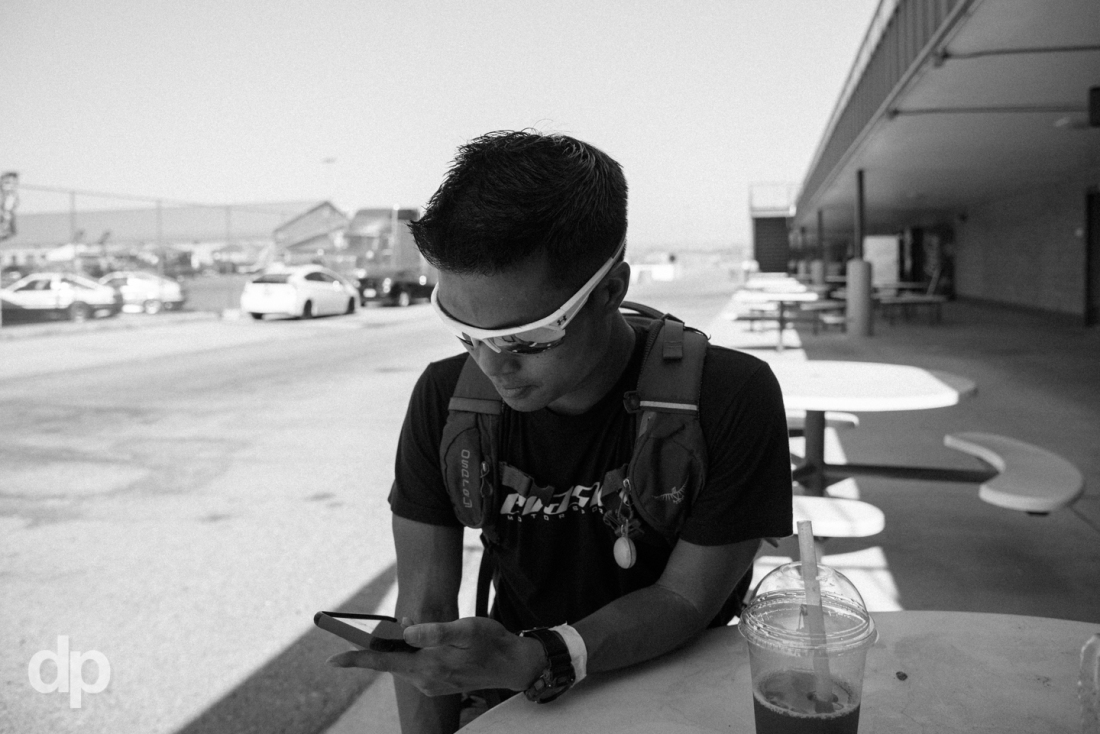 Michael Duong of Houston 86 club resting/instagramming/facebooking while the show goes on. 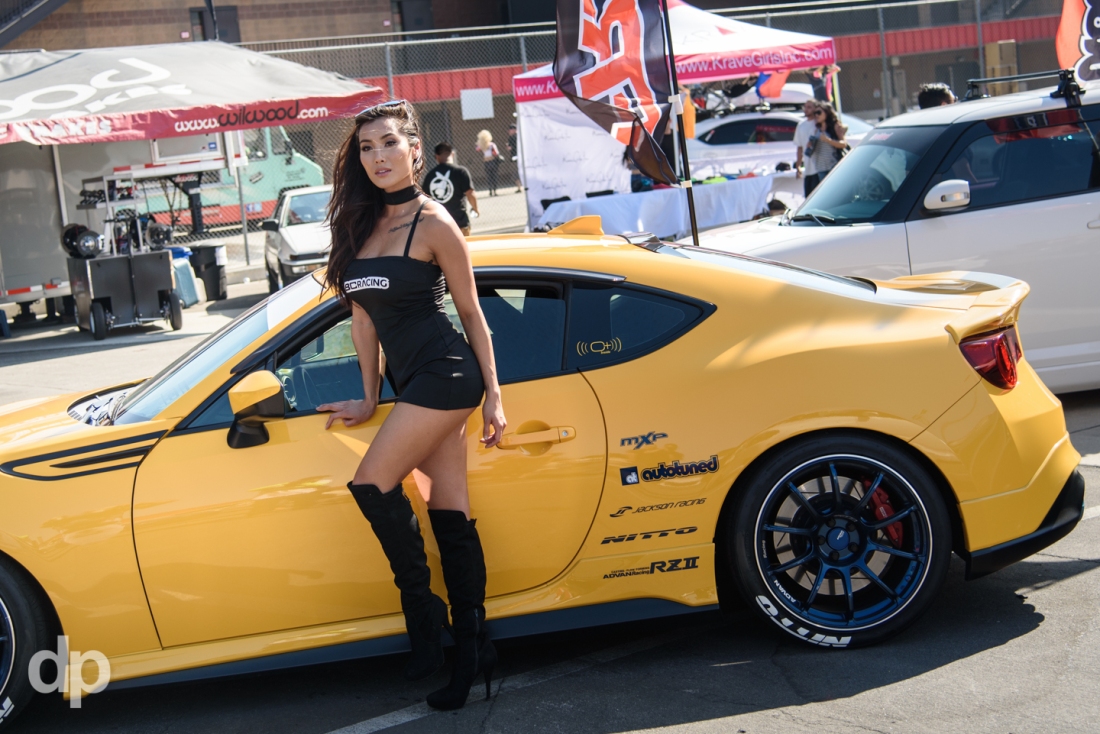 Miss Amy Fay taken by Henry. I let him take over the camera for a bit for model photos.

Not sure how Antonio/86FEST did it but they brought over a legit TRD Griffon 14R60 86.  Also seeing this in person was awesome. 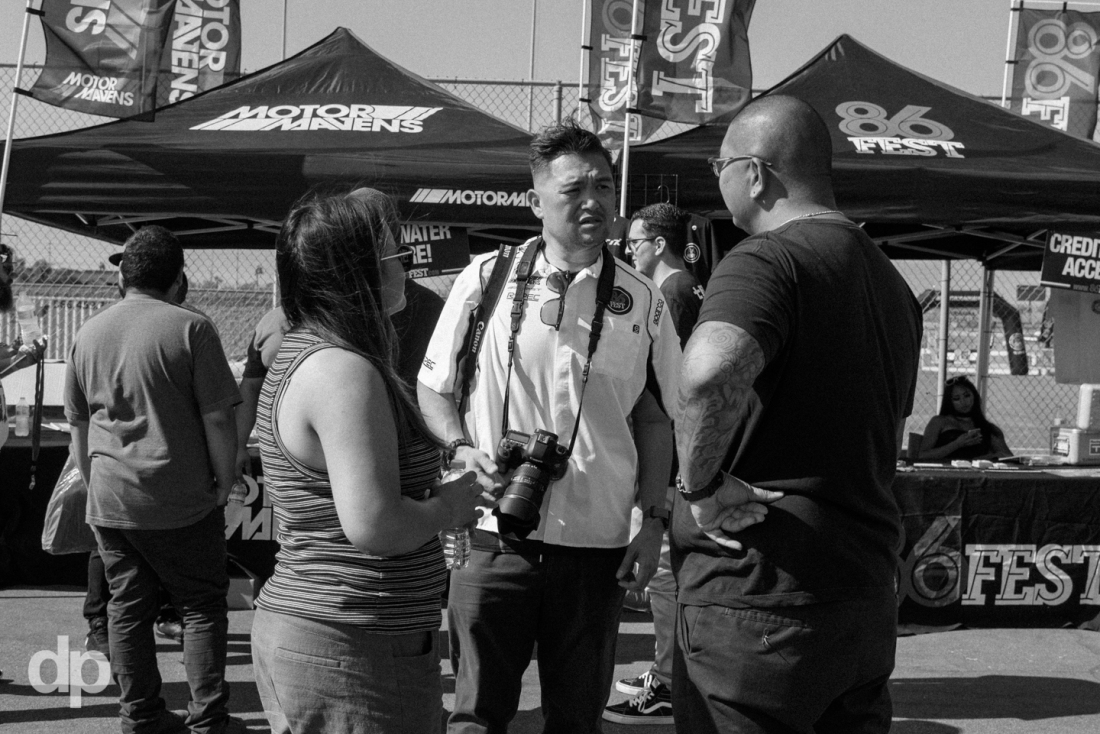 Antonio was a busy man running the show, talking to people, and also snapping photos.

Sean Lee of Purist Group passed through the show after participating in the autocross event.

Free swag for the crowds.

Not sure who this was but he was boss leaning against the car like that.

This was the 5th 86FEST and I thought it was pretty good, but very hot.  Hopefully it was worth it for Antonio and the 86FEST staff to do something this big for the 86 enthusiasts.   If I’m available, I’d like to attend 86FEST again and drive the track event next year.

The Ricer Series - A Turnbro Collection